In 2016, in the Serra da Lousã Biological Park, in Miranda do Corvo, the Ecumenical Universalist Temple was inaugurated.

It was an initiative of the Foundation for Assistance, Development and Vocational Training to create an architectural motif aimed at a union between the different religions that exist in the world.

According to Jaime Ramos, the idea came after visiting countries of different religions. Project approval took six years. The building took a year to construct. Jaime Ramos said News from Portugal that the inauguration of the Temple was made on September 11, 2016 as “a tribute to all the victims of fundamentalism and wars of religion through the centuries”.

The Temple itself is shaped like a quadrilateral pyramid with a height of 13.4 meters, to invoke the Temple of Solomon in Jerusalem, while it can also be related to the pyramids in Egypt. The corners of the building are oriented according to the four cardinal points: North, South, East and West. On the facades, the initials of the words Bondade (B) (goodness), Moral (M) (moral) and Verdade (V) (truth) are in capital letters.

Inside the temple, there is an Observatory of Religions, where visitors can find chronological data on the 15 most adherent religions in the world. Inside the Observatory, visitors can read the history of religions such as Christianity, Islam, Judaism, Zoroastrianism, Jainism, among others. Visitors can also take advantage of a space dedicated to the history of the war, or not, of a religious nature and dedicated to religious intolerance. The historical information contained in the Observatory was provided by the Science of Religions department of the Universidade Lusófona.

The Temple aims “to promote the freedom of those who believe in God or not, tolerance and respect for others, as a basis for creating peace in the world”. In the central area of ​​the Temple, it is possible to find a space free of religious motives to promote “spiritual reflection” so that each visitor can pray according to his faith.

The emphasis on religions is the same as that given to atheists, as all opinions regarding the personal view of religion are respected and included in the Ecumenical Universalist Temple. The space is consolidated outside the temple, in a rectangular space with a chess floor that alludes to Masonic temples, which refers to a speech by Pope Benedict XVI, who called for the inclusion of atheists and agnostics in the religious debate.

In addition, on the outside, there is a stone cube rotating on water, in homage to Galileo Galilei’s theory that the Earth revolved around the Sun and not the other way around, as previously believed. The play attempts to explain that truths are not absolute and used Galileo’s theory as an example, which ultimately led the scientist to be condemned by the Inquisition more than four centuries ago. The cube is also intended to represent that religious belief cannot negatively influence science.

Ticket prices vary between € 9 and € 14, depending on the age of the visitor. Jaime Ramos points out that “the majority of workers are people with disabilities or mental illness”, so visitors have the opportunity not only to reflect the messages read in the temple but also to support a social integration project, with the ticket purchase. 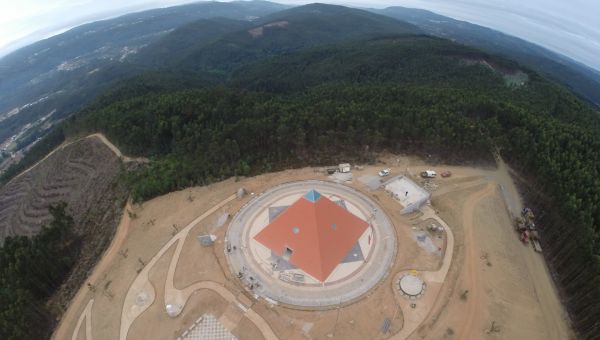 New hallway, more room to breathe – how the Puri Jagannath temple is revamping for the time

The temple of Puri Jagannath | Photo: Manisha World | The imprint Text size: A- A + Puri, Odisha: Facing the temple of Jagannath, with his hands raised above his head in obedience, a young devotee, Ankit, sings, “Jai Jagannath”. He’s late for his train, but just had to have a darshan of Lord Jagannath, […]

MILAN – Fendi has written another chapter in his lasting love affair with the city of Rome. The brand and the Parco Archeologico del Colosseo, the institution ensuring the protection and enhancement of the central archaeological area of ​​the city, announced the completion of the restoration works of the Temple of Venus and Rome, one […]

The temple economy of a state famous for its churches

When DS Pai from Pune traveled to Goa four years ago for an official conference, he took some time early one morning to visit his family deity Kuldev, the Ramnathi temple in Bandivade. “My colleagues were interested and came with me. They said they didn’t even know there was such a beautiful temple,” said Pai, […]