Amid heightened tensions across the country, far-right lawmaker Itamar Ben Gvir said he intended to visit the Temple Mount in Jerusalem on Thursday.

Although there is currently no intention by officials to prevent the visit, an assessment of the situation will take place on Wednesday on this subject, according to the media on Monday evening.

The final decision rests with Israel Police Commissioner Kobi Shabtai, who after reports of Ben Gvir’s planned visit received calls from various politicians to prevent it.

In a statement responding to the reports, Ben Gvir said, “Just as I visit the Temple Mount at the start of each [Hebrew] month, I intend to do it next Thursday.

Ben Gvir later lashed out at Shabtai, calling it a “failure”, and Public Security Minister Omer Barlev, whom he called a “leftist”, said he hopes the two “n ‘have no intention of disrupting the status quo on the Temple Mount and leading to an escalation’.

“An attempt to block an Israeli lawmaker from visiting the site will send a message of surrender to terrorism and will only fan the flames further,” he charged.

The planned visit by the Religious Zionism lawmaker comes amid heightened tensions following a series of deadly terror attacks in recent days, the upcoming Land Day on March 30 and the Muslim holy month of Ramadan on next week.

Land Day marks a 1976 decision by the Israeli government to seize thousands of dunums of Arab-owned land in Israel’s northern Galilee region.

In 2018, on Land Day – March 30 – Palestinians in the Gaza Strip launched the “Great March of Return,” a series of weekly protests and riots along the security fence. 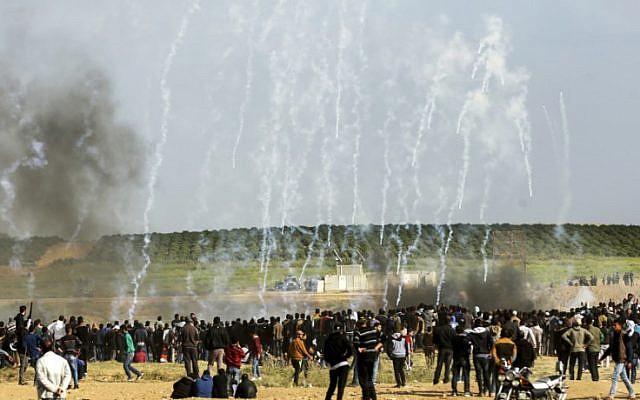 Channel 12 has reported that Shabtai, who has already ordered the call-up of six reserve Border Police companies to help thwart any further upsurge in terrorism and violence, is also offering to recruit another 500 police volunteers – all with operational backgrounds. 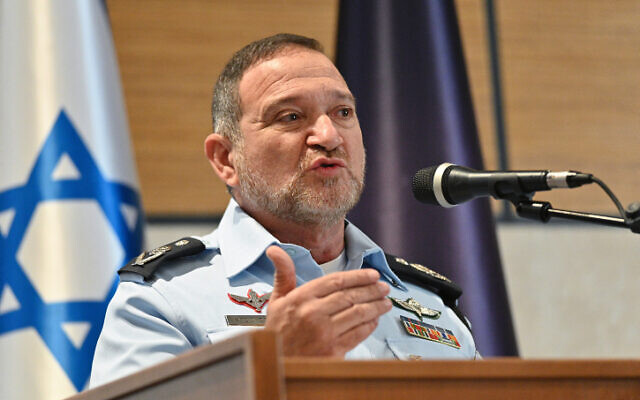 Earlier on Sunday, Prime Minister Naftali Bennett ordered that the presence of security forces be reinforced immediately, focusing on areas where there is a threat of violence. The ramp-up will remain in place until Independence Day, which this year begins on the evening of May 4.

As the Muslim holiday of Ramadan approaches, police say they will not ease security restrictions in the capital, although in the past they have allowed larger-than-usual gatherings at the gate of Damascus in honor of the holy month.

The intention is to call for volunteers for a week of service, to bolster police presence in inner cities across the country, both as a defensive measure and to increase citizens’ security feeling. Last spring saw events in Jerusalem around the Temple Mount and the impending evictions of Palestinian families from the Sheikh Jarrah neighborhood snowball into an 11-day war between Israel and terror groups in the Gaza Strip.

Fearing a repeat of that May 2021 violence, the Biden administration has urged Israel to take preemptive action to prevent a similar eruption in April, which will see a confluence of the Jewish holiday of Passover, Ramadan and the holiday. Christian Easter.

If so, we have a request.

Every day, our journalists aim to keep you up to date with the most important developments that deserve your attention. Millions of people rely on ToI for fast, fair and free coverage of Israel and the Jewish world.

We care about Israel – and we know you do too. So today we have a question: show your appreciation for our work by join the Times of Israel communityan exclusive group for readers like you who appreciate and financially support our work.

You are a dedicated reader

We’re really glad you read X Articles from The Times of Israel over the past month.

That’s why we started The Times of Israel ten years ago – to provide discerning readers like you with must-read coverage of Israel and the Jewish world.

So now we have a request. Unlike other media, we don’t have a paywall in place. But since the journalism we do is expensive, we invite readers to whom The Times of Israel has become important to help support our work by joining The Times of Israel community.

For just $6 a month, you can help support our quality journalism while benefiting from The Times of Israel WITHOUT ADVERTISINGas well as access Exclusive content only available to members of the Times of Israel community.

Thank you,
David Horovitz, founding editor of The Times of Israel

State Representative Malcolm Kenyatta awarded Temple University a state grant of $ 1.3 million to help finance the construction of the university’s new Anti-Racism Research Center and for the modernization of the Department of Africology and African American Studies. “Racism remains a threat to our country and our society, so the funds made available to […]

CARLY CIVELLO / TEMPLE NEWS On October 27, the United States Department of State announced that it had issued the first passport with an “X” gender marker, which represents non-binary, intersex, or gender non-conforming people. The gender marker “X” will become an option for all US passport applicants in 2022, CNN reported. Pennsylvania made the […]

History and archeology buffs wishing to visit the 11th century Chandramouleshwar temple in Unkal in City have had difficulty locating the monument due to the narrow lanes, crowded settlement of houses surrounding it and the lack of visibility from the main road. Finally, a plan is taking shape to solve the long-standing problem of the […]