HOUSTON: It was an auspicious and glorious warm summer day in Houston, the fourth largest city in the United States, when the groundbreaking ceremony for the Shiv Durga Krishna Kali Mandir (SDKKM) was held on the sacred ground, adjacent and east of 16628 Kieth Harrow Blvd home for the Sri Govindaji Gaudiya Matha Temple in Bear Creek, TX. This temple is the brainchild of Dr. Bishnupada Goswami, former priest of Houston Durgabari Temple. It was his vision to open this temple for a long time and soon it will come to fruition.

The ceremony began around 9.30am when the Mistress of Ceremonies, Mrs. Sanchali Basu, welcomed the dignitaries and devotees into the makeshift canopy where all the arrangements had been beautifully made for the Inauguration Ceremony (Bhoomi Puja). In Hindu tradition, the inauguration ceremony or Bhoomi Puja is a ritual performed in honor of Goddess Bhoomi (Mother Earth) and Vastu Purush, the god of construction of structures and buildings suitable for the habitation of people. gods, avatars and humans. The Puja is believed to eradicate all harmful effects and Vastu doshas from the land and pave the way for smooth erection. This ceremony was followed by Bipadtarini Puja to dispel the evils currently plaguing the world. 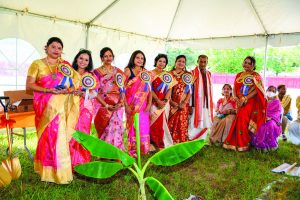 Ms. Ashley San Miguel, representing Harris County Judge Lina Hidalgo, read the proclamation which outlined the mission and vision of this unique SDKKM Temple. Excerpts from the proclamation included: “WHEREAS the mission of the SDKKM is to provide the best central facility for the worship of devotees and a resource center for performing various Hindu religious rites and ceremonies including 16 sacraments and which the SDKKM supports and also expands the roots of Hinduism, Hindu heritage and culture as well as an understanding of true Indian history and Hindu philosophy, including assisting charities across the world in times of need; and…..” . The proclamation was delivered to Mr. Champak Sadhu, one of the founders of this organization. 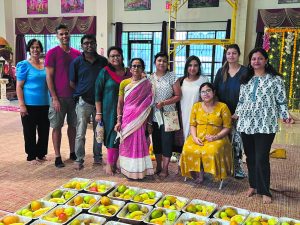 Volunteers for the preparation of the Bipadtarini puja on July 1st.

Offerings were made in the building pit dug into the ground. It started with haldi, kumkum, kalash (small metal pots), flowers, milk, honey, incense, sweets and water which were all offered in adoration of the goddess Mother Earth with the breaking of the coconut. All dignitaries were given bricks to lay in the ground to form the foundations of the temple, symbolizing the creation of a solid foundation for all members of the community to bond and come together to worship in a place that promotes peace. harmony, peace and tranquility. . Finally, the dignitaries were given a gold shovel to cover the pit with dirt as a marker to level the site. The puja ended with the symbolic ceremony of homa, also known as havan or votive ritual, where offerings are made to the sacred sacrificial fire in an open pyre. 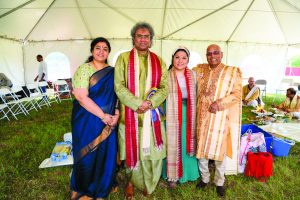 Mr. Champak Sadhu, the chief organizer, offered a vote of thanks expressing his deep gratitude to all dignitaries, contributors, donors, Gaudiya Matha for their collaboration, supporters, participants and most importantly, volunteers. Without their dedication, dedication and commitment, this ceremony would not have been a success.

This was followed by the Bipadtarini (considered one of the 108 Avatars of Goddess Durga, Bipadtarini is prayed to help her overcome troubles and dispel evils) Puja was performed in the main temple of Gaudiya Matha.

Arrangements had been made for breakfast and lunch on the temple grounds. The lunch was sponsored by Narin’s Bombay Brasserie. About 300 people attended this auspicious celebration despite the long 4th of July weekend. 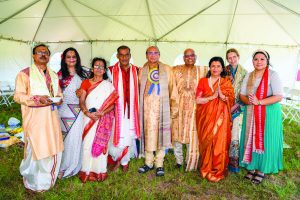 All are delighted and look forward to the successful completion of the design and construction of the temple soon. If one needs additional information, Dr. Bishnupada Goswami 832-367-6646 is the person to contact. 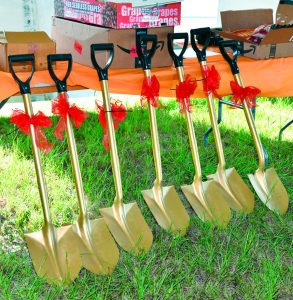 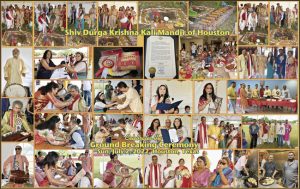 Romania’s most impressive stage, UNTOLD’s “Temple of Lúna”, is ready to welcome its fans!

The relentless organizers of one of the biggest festivals in the world, UNTOLD, are preparing to open the doors to the magic kingdom on Thursday August 4th. For 4 days and 4 nights, more than 200 renowned national and international artists and tens of thousands of fans will experience the joy of seeing each other […]

The Pulgas Water Temple is located at 56 Cañada Road in Redwood City. Pedestrian access is available from 9 a.m. to 3:30 p.m. daily; the car park is open Monday to Friday and closed on weekends. A A leafy glade at the southeast end of Upper Crystal Springs Reservoir, on a country road east of […]

KENSINGTON, Md. — Rev. David Collins was a fifth-grade student at a Catholic parochial school in northern Virginia when the Washington, DC Temple opened to the public for six weeks in 1974. “I remember the social studies teacher talking very excitedly about being able to go back and forth and telling us stories about it, […]