UDUPI, India (RNS) – Babu Habibullah, 44, a seller of miniature kitchen utensils, was busy setting up his stall during a fair at a Hindu temple in Mulki, a village in Karnataka, a state on the southern coast -western India. last month. After a two-year hiatus due to the COVID-19 pandemic, Habibullah was happy to be back amid the restlessness of worshipers. As is his custom, he planned to offer his first sale’s worth of his toy-like wares to the temple.

Before he could sell anything, however, a group of young people approached his stall and demanded identification. When they realized Habibullah was a Muslim, they asked him to leave. They warned customers around not to buy anything from him. Habibullah immediately packed his utensils and returned home to Udupi.

“The annual village fairs in Mangalore and Udupi are my life,” he said. “I have been selling utensils in more than 100 salons a year for 25 years. How could I disturb the auspicious and religious environment by arguing with these thugs? »

There are hundreds of small vendors like Habibullah in Karnataka, an information technology hub, who have been banned from doing business at local temple fairs.

Mohamed Rehmatullah, a 36-year-old Muslim vendor who sells ice cream at temple fairs in and around Udupi, said the ban has extended to Hindus who sympathize with Muslims.

“Hindu vendors who support us or even hire Muslim workers on their stalls are also asked to remove the stalls,” Rehmatullah said. “Temple committee members tell us that they are obligated to issue such orders.”

Village or temple fairs, linked to religious beliefs and often celebrating the harvest season, are annual events that take place for a day or more. Fairs in Karnataka usually take place from November to April. Thousands of people flock to the fairs to pray and attend entertainment or cultural programs. Buying toys, food and clothes from hawkers in makeshift tents is part of the attraction, and selling at fairs is a livelihood for many.

But since March 15, Karnataka’s highest court has denied Muslim girls permission to wear the traditional headscarf in schools, saying that hijab is not an essential part of Islam. Local Muslim merchants closed their shops at demonstrationand in retaliation, Hindu rights groups such as Bajrang Dal attempted to to forbid Muslim merchants to do business at temple fairs. Banners have been placed near temples stating that Muslim traders are not allowed to set up stalls.

Other Hindu nationalist organizations have approached temple committees to ask them to turn away non-Hindu traders, citing Karnataka’s Religious Institutions and Charitable Foundations Act 2002, which prohibits non-Hindus from doing business near them. temples. The state government, controlled by India’s ruling Bharatiya Janata party, supports the ban. 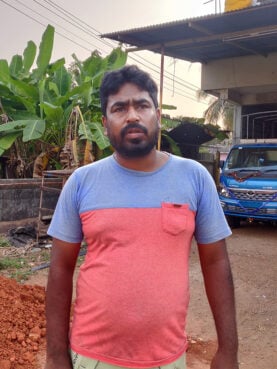 Since Prime Minister Narendra Modi’s election in 2014, his BJP has targeted Muslims, the largest minority in India. Muslims have been lynched after rumors that they had slaughtered cows. Many BJP-ruled states have criminalized conversion by marriage, an act known as love jihad.

“There has been an increase in attacks against minorities in Karnataka,” said Samar Halarnkar, editor of the monitoring website. Section 14, citing attacks on pastors and churches that began last year, when the state also passed an anti-conversion bill. “Now Muslim traders are banned from fairs and a campaign has started against halal meat. It seems obvious that the state government and the Hindu fundamentalist groups are working in coordination.

Halarnkar said the radicalization of Hindus in the region was part of a BJP plan to boost its support at the polls.

Muslims, who have high rates of poverty and illiteracy compared to the general population, constitute 11% of India’s workers. More than half are self-employed and more than a quarter are casual workers. Only 21% hold salaried jobs, according to “Muslims in the Indian Economic Sphere», report by Khalid Khan of the Institute of Dalit Studies in New Delhi.

“For a long time there have been efforts to disempower Muslims,” said Apoorvanand, a professor at the University of Delhi. “Now they are trying to destroy them economically.”

Calling the differentiation between Muslim and Hindu businesses “social apartheid”, the All India Lawyers Association for Justice called on the government of Karnataka to withdraw the hijab ruling and provide equal space for businesses to all communities, including Muslims. AILAJ also questioned the law itself, saying it violates fundamental rights of Muslims.

“The denial of the right of Muslims to do business on an equal footing with other communities is the denial of their equal citizenship,” said Maitreyi Krishnan, coordinator of AILAJ.

In the meantime, Muslim traders hope to avoid more problems with right-wing Hindus. Many Muslim vendors in Udupi refused to speak to a reporter, fearing serious backlash.

Their hope is that Hindu sellers will speak out more. After a meeting of the Koteshwara vendors’ union in Udupi, Shamsuddin, another vendor, said, “We Hindu and Muslim traders are one community. They support us, but cannot show solidarity due to the anger of right-wing goons. As a union, we decided to approach the police and the administration to ask them to solve the problem.

Agitated and disappointed, Rehmatullah told the union meeting: “We have all the identity cards of India. We were born and have lived here all our lives. But we have no rights.

Temple Emanu-El of Palm Beach presents a check for $18,750 to the Ferd and Gladys Alpert Jewish Family Service food program