From dawn, the Naga Sadhus of Dasnam Juna Akhara at the Shakti Peetha Kamakhya Temple in Guwahati were busy preparing for two special occasions. Firstly, the International Day of Yoga and secondly, the Dhwaja Parikrama or Troupe Flag is paraded around the holy shrine of Goddess Kamakhya atop the Neelachal hills on the eve of the annual Ambubachi festival.

Coated with their “bashma” (ash) mark all over their bodies and mala rudraksha around their necks and wrists, the Naga Sadhus prepared to practice their yoga on the International Day of Yoga. The Sadhu has joined the world in promoting his unique “Yoga” from the sacred lands of the Himalayas. Breath control is the essence of yoga and the welfare of humanity at its heart, the Naga Sadhus have expressed.

“We would like to congratulate everyone on this International Yoga Day and ask everyone to observe the day respecting all the Covid protocol. We Shri Panch Dasnam Juna Akhara performed Sury Pranam, Pranayama and our regular yoga practices that day. It is also a Shakti Peetha and a Sadhana Peetha and doing jap (recitation) once gives you the blessings of ten japs ​​(recitation). We come here three days every year and these three days give us spiritual nourishment for the whole year. When we practice yoga here, it is equivalent to one hundred years of meditation. Yoga is a simplistic form of attaining salvation. Kumbh comes after every 12 years and Amba or Ambabasi every year. Ambubachi gives you the same fulfillment as the Kumbha,” explains Nityananda Giri Maharaj.

Devout worshipers of Shiva in extreme reverence, the Naga Sadhus exhibited several complex yogic postures which they claim as an integral part of “sadhana”. 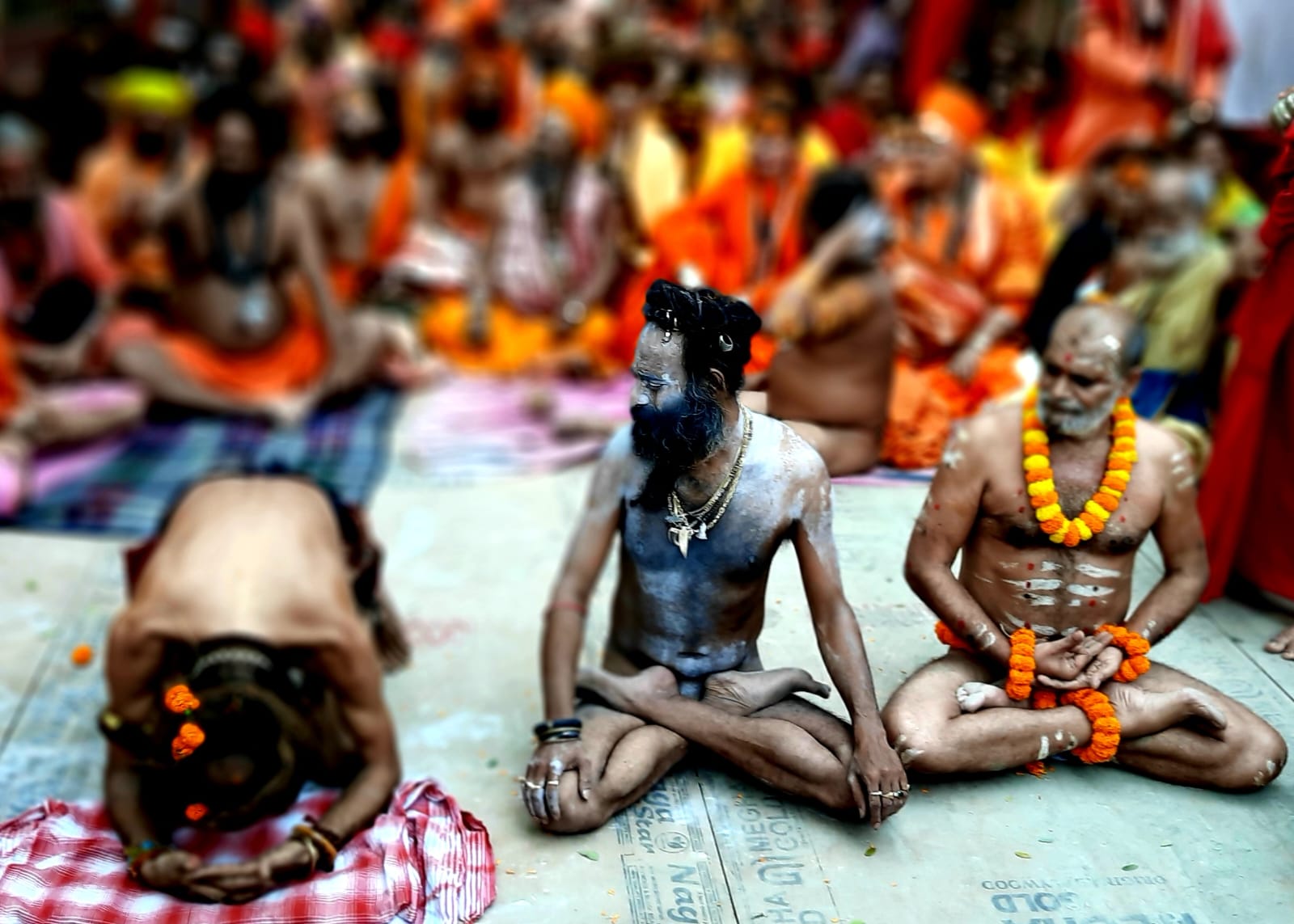 “The Shakti attained in Kamakhya is infinity and what we achieve here during these three days of ‘tapa’ (worship) is endless. Its ‘param prapti’ (supreme attainment) and what we achieve by doing yoga here is threefold than doing it anywhere else,” says the “Standing Baba” who stood for 108 hours in one of his “Tapasya” (penance).

The festival, confined to its basic ritual during the two years of the pandemic, has regained its fervor this year. The largest congregation of Hindu devotees in eastern India, Ambubasi is expected to attract more than 10 lakh devotees this year despite the state government’s call for restricted visitation to the divine temple due to bad weather and of several landslides in the new access road to the temple. Unlike in previous years, camps to accommodate devotees were established by the district authorities where vehicles were banned from driving up the temple road during the three days of the festival.

Ambubachi, meaning “spoken with water” means that the expected rains during this month make the land fertile and ready for procreation. Daily worship is suspended during this time. All agricultural work like digging, plowing, sowing and transplanting crops is avoided. Devotees avoid cooked food during these days. On the fourth day, utensils, clothes and other used objects are cleaned and symbolically purified by sprinkling water.

Ambubachi festival is celebrated during monsoon in the belief that Goddess Kamakhya goes through her annual menstruation cycle at this time. The temple is closed for three days from the seventh day of the month “Ashadh” of the Hindu calendar until the tenth day as part of the traditional seclusion during menstruation. On the twelfth day the gates are ceremonially opened and a great fair is held at the temple. It is believed that the fertility brought by the goddess will bless the devotees and nourish them.

The Significance of Ambubachi Festival

The worship of Goddess Kamakhya begins after cleansing and other rituals. Entrance to the shrine is considered auspicious after the performance of these rituals. Prasad is also distributed among devotees. Prasad is distributed in two forms – Angodak and Angabastra. Angodak, meaning “spring water”, meaning the fluid of the body and Angabastra means the cloth covering the body – a piece of the red cloth used to cover the yoni stone during the days of menstruation.

Ambubasi mela is also known as Ameti or Tantric fertility festival as it is closely associated with Tantric Shakti worship prevalent in Eastern India. Even some Tantric Babas only make their public appearances during these four days. The rest of the year they remain in solitary confinement. Some Babas are seen displaying their psychic powers like putting their head in a pit and standing on it, standing on one leg for hours at a time, among others.

Hundreds of thousands of pilgrims, from Sadhus to heads of families, from all over India come to Guwahati every year to observe this festival. These include the Sanyasins, the black-clad Aghoras, the Khade-babas, the Baul or singing minstrels of West Bengal, the intellectual and folkloric Tantriks, the Sadhus and the long-tangled-haired Sadhvis, etc. Foreigners come seeking Goddess Kamakhya’s blessings.

Daijiworld Multimedia Network – Kundapur (MS) Kundapur, March 27: KV Sridhara Adiga, Priest of Kollur Temple has released a clarification on Pradosha Pooja alias Salaam Mangalarati who is offered to Kollur Temple Goddess Mookambika over which controversy has been created by VHP. In his statement, Adiga said, “In the morning and afternoon, Pradosha […]

Tension in Wari over demolition of ISKCON temple wall

A land dispute led a trader to demolish part of a Hindu temple, raising tension in the capital’s Wari district. An injured devotee filed charges against nearly 100 people on Friday for attacking and demolishing a wall at the Sri Sri Radhakanta Jiu temple in Wari. Police said the incident happened over a land dispute […]