SPOILER ALERT: Don’t read if you haven’t watched the ninth episode of “The Man Who Fell to Earth” on Showtime.

When production designer James Merifield first signed on to Showtime’s “The Man Who Fell to Earth,” he thought he might travel to Cambodia or an exotic jungle to build a key set on location. But then the pandemic happened and he ended up building the key set for the UK season finale, at Black Park in Slough.

The series, a sequel to the novel written by Walter Tevis and the legendary film starring David Bowie released in 1976, stars Chiwetel Ejiofor as the alien humanoid Faraday who crashes his spaceship in New Mexico. Justin Falls, played by Naomie Harris, is the only person on earth who can help his species survive.

Episode 9 sees Falls and Faraday being kidnapped and taken to a cave where Pressman Thorn (Bill Nighy) awaits them. When they enter, they find monks sitting and meditating as a man in a suit walks towards them. This is Thomas Newton, formerly known as Pressman Thorn.

The cave was inspired by Angkor Wat, the temple in Cambodia. “I had never been there, but I started scouring the internet, looking at photos and using them as a reference for our jungle and our lair,” says Merifield.

Inspired by the twisting trees surrounding Angkor Wat, he emulated the design with copious amounts of palms, vines, and exotic leaves. “We built Cambodia in Black Park,” says Merifield.

Merifield only built the 20-foot-tall shafts, “and then the rest was left to CGI extensions.”

Tree roots were made of lagging, the material used to insulate pipes during the cold months. Says Merifield, “We coated the trees with plaster to make them look real – it gave them that textured finish.” As for the moss surrounding the temple, Merifield says, “It was made with good old fashioned sawdust. It was stained and dyed and glued to the rocks.

For the interior of the cave, known as Newton’s Lair, a dilapidated former warehouse in Wembley, north London, it seemed appropriate for the Merifield construction team to build there. there is a massive bell with lanterns. These were used for practical lighting,” he explains.

He also worked with concept artists to make sure there were fantastic rays of light. “I had the idea that the giant crack in the ceiling that gives this tree came from the roots of the trees. They had worked their way through this crack to form their root bed under the ground like the tree, causing the crack to widen over time and it got deeper and deeper, which then gave the DP and the gaffer the opportunity to light it up that way.

For the temple bell that sits near the shrine, Merifield first had to find a sufficiently large bell. “It’s all about scale,” he says. “So I had this bell made by a prop maker who sculpted it out of polystyrene and then cast it in fiberglass. The wooden frame it sits in was also cast , and although it was a nice accessory, it was an expensive expense. 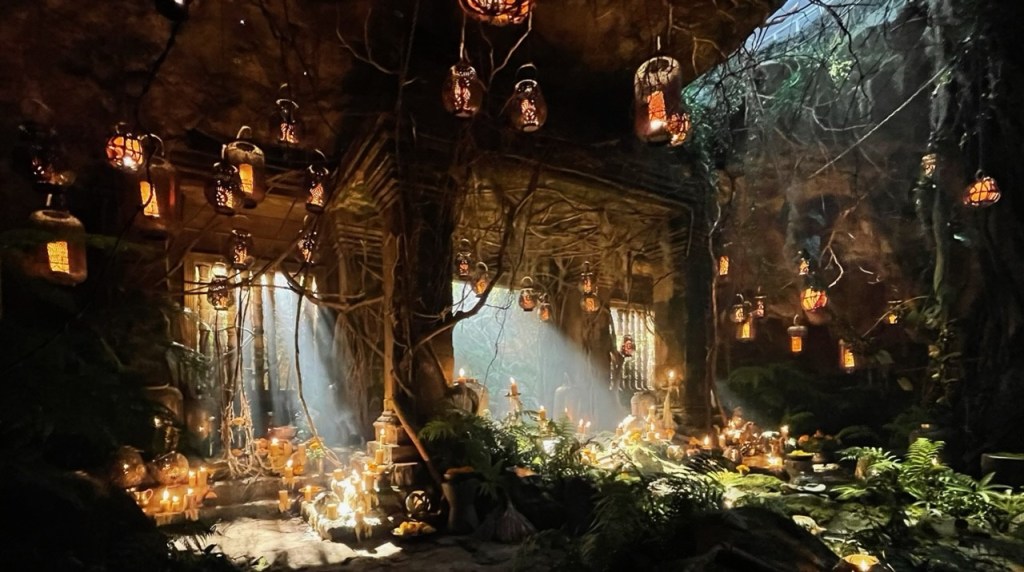 Neighborhood watches, off-roading, and highlights from various cafes were among the many topics covered during Coffee with a Cop at Black Rifle Coffee Co. on Friday night. The event, which usually takes place in the morning, has been postponed until the afternoon to test how it will unfold later. “We had a very good response,” […]

Click to enlarge Openings Mochinut The unique dessert franchise with a cult following has taken the country by storm, and Temple Terrace is the latest town to succumb to the mochinut trend. Tampa Bay’s first Mochinut celebrates its grand opening on Saturday, June 18. New customers will also be able to attend its soft-open period […]